The Cathedral has seen many changes over the past 900-years.  We can  only imagine what the building looked like many hundreds of years ago. However, the pictures below, kindly reproduced here courtesy of the National Library of Ireland, do give us a fascinating insight to some of the more recent changes. 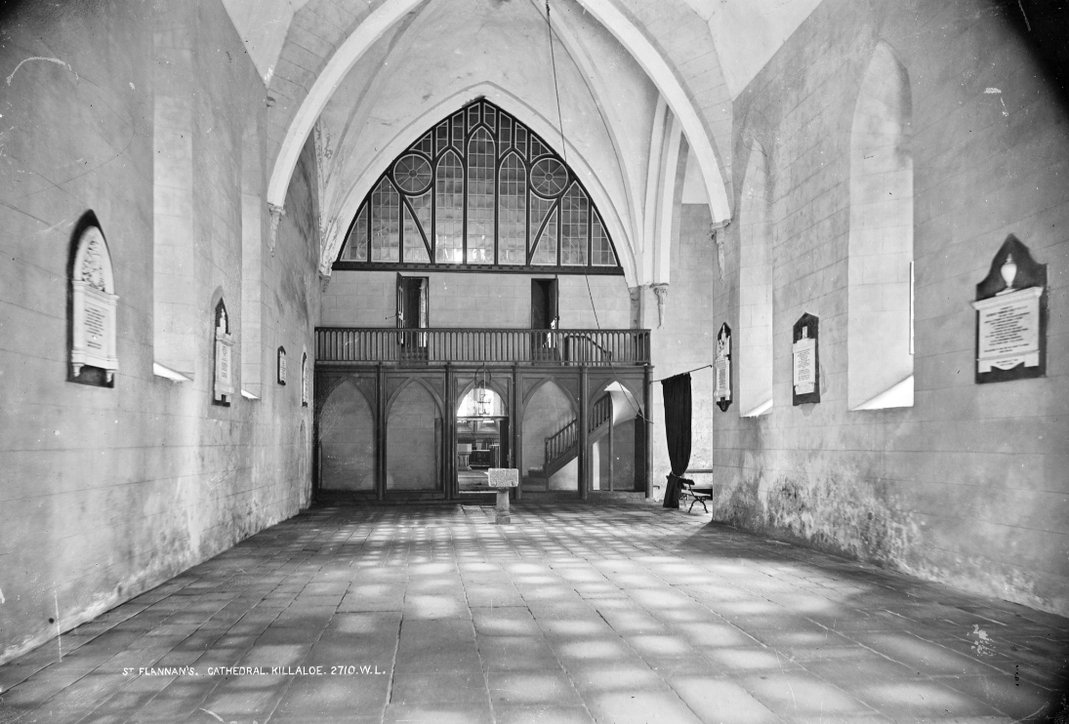 The above picture pre-dates the fine oak screen we see today, which was installed in 1885.  Where as the current oak screen is installed immediately before the Crossing, when this picture was taken the upper glazed screen and structure below was located further down the Cathedral, immediately beyond the Crossing.  Note the stairs and two doors above. It is believed these led to an upper gallery used by the choir.

Also note the curtain draped over the bench, positioned across the entrance to the South Transept. This is where the current organ is installed and behind is now the location of St. Paul's Chapel.

We can also see the 13th century font, in line with the later font still in use today and where you can just make out the Chancel, complete with the tall oak paneling behind the alter; sadly no longer present.

You might also see what looks to be a rope, one end tied to a pillar and the other reaching up to the top of the Crossing.  Could this have been the rope to toll the old bell of 1837? The picture was taken before the current bells were installed in 1901.

Below is a picture of the oak screen we see today.  The picture must have been taken after 1897 because behind the screen you can glimpse the organ on the right-hand side, as well as more details of the Chancel.

The pews in front of the screen are now installed in St. Paul's Chapel and the bench seats with their cast-iron legs are still in place today, so visitors can sit in the Cathedral Nave and take in the quiet atmosphere of this space. 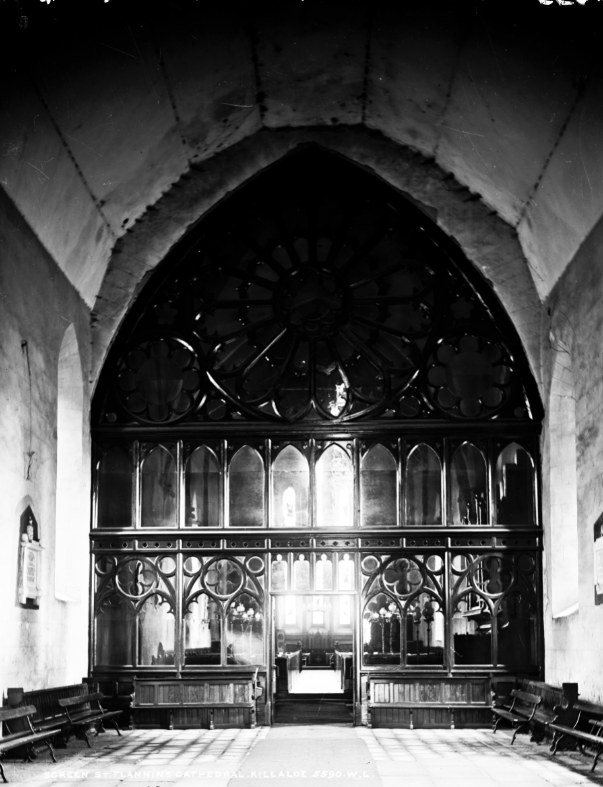 Changes to the Exterior

It is not just the inside of the cathedral that has changed over the years.  Seen from this print of a drawing from 1738, you can see the original tower was much shorter and surmounted with spire or pitched pyramid shaped roof. 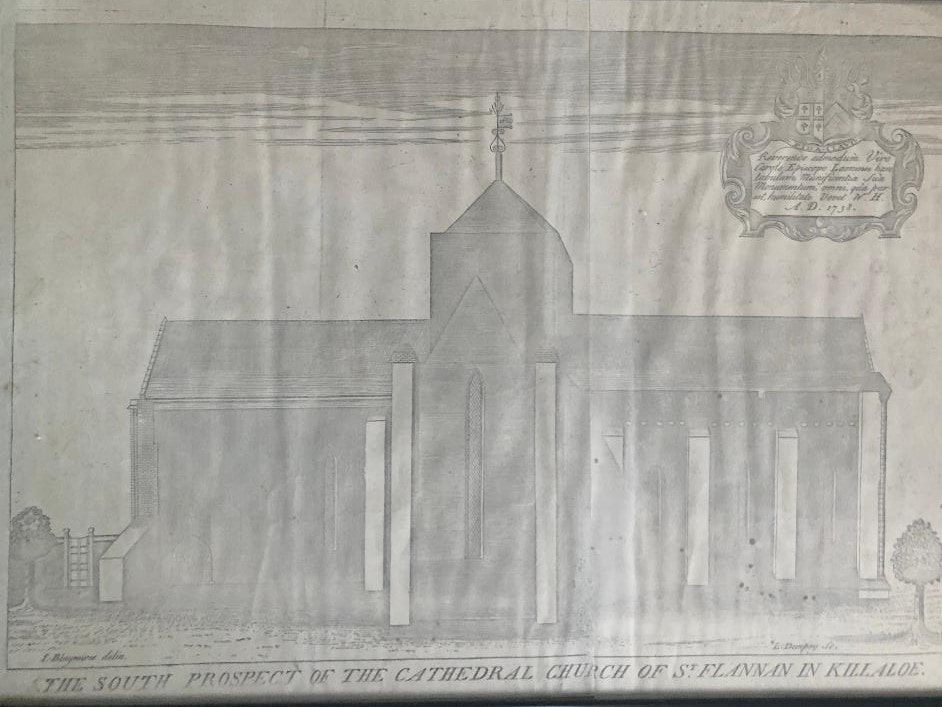 The tower was raised higher twice in the 19th century, on the second occasion in order to accommodate the bells which were installed in 1901.  The bells were cast in 1897, is the reason they were not installed until 1901 because the alterations to the building ran on longer than was planned? Sounds familiar today, perhaps?
back